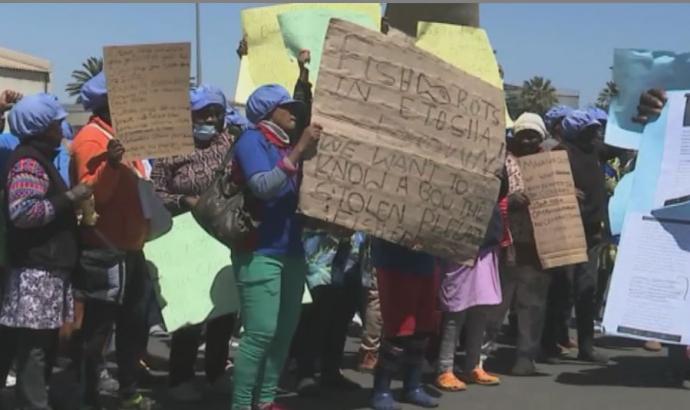 The Namibia Seaman and Allied Workers Union, NASAWU, has appealed to the Government to give Etosha Fishing a horse mackerel quota in order to save more than one thousand jobs at Walvis Bay.

The workers' union President, Paulus Hango, says the company has been employing workers on unfair contracts because it does not have enough pilchards to process at the factory.

This is the second time workers at the Walvis Bay-based Etosha Fishing Company have protested about the same issue in two years.

The workers under NASAWU are angry because of the "no work, no pay" contracts and lack of work.

Since the ban on pilchards in 2018, Etosha Fishing has been struggling to give decent employment conditions because it imports fish from countries such as Morocco.

The NASAWU president believes that giving Etosha Fishing a horse mackerel quota would be suitable because it has a canning factory.

In response, Fisheries and Marine Resources Minister Derek Klazen has urged all fishing companies to comply with the Labour Act and treat employees with respect.

The minister added that Etosha Fishing, via its Namibian shareholder, Shelfco Investments, was granted a horse mackerel right in 2018.

Klazen stated that the company received a quota of 5,000 metric tonnes of freezer horse mackerel to catch on behalf of Etosha Fishing this year.

However, Hango told nbc News that neither the company nor the ministry informed the union about the 5,000 metric tonnes of horse mackerel quota granted.

NASAWU and the workers are demanding answers from the company and the ministry.