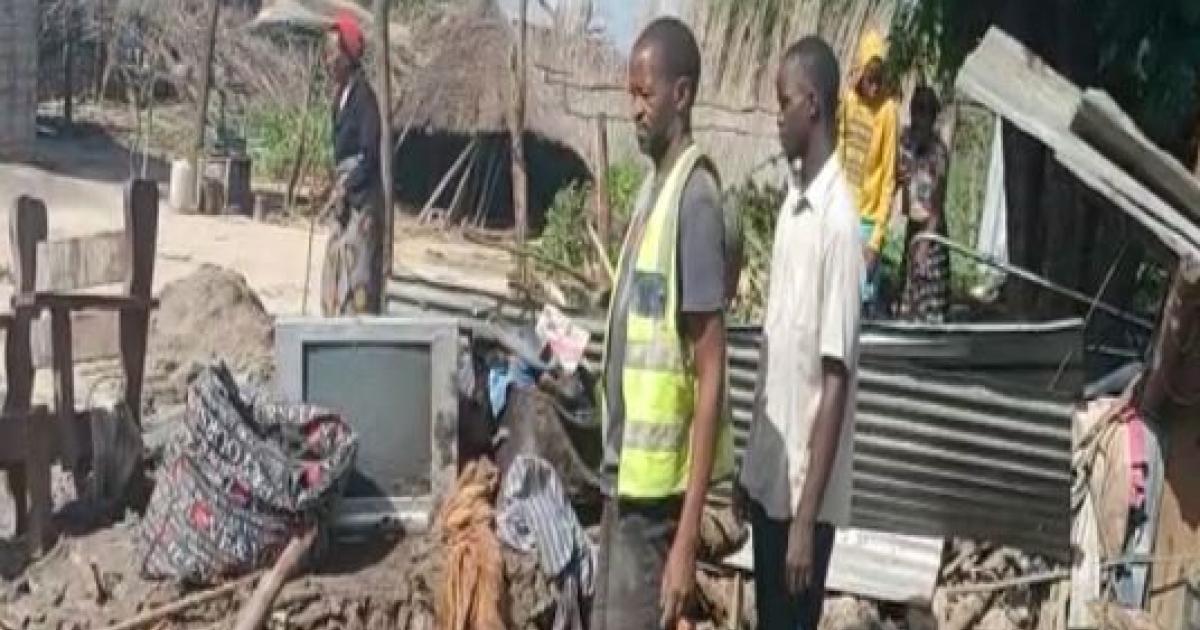 Some residents of Kongola Village in the Zambezi Region were left homeless after rain, accompanied by strong winds destroyed their homesteads.

The villagers are now concerned that the situation might worsen as the rainy season is still far from over.

The strong winds have blown off the roofs of many houses in the area.

One of the villagers, Collins Kalyanga's house was destroyed, but fortunately, no one was inside.

Kalyanga appealed to good Samaritans to assist him and his family with whatever they can and said it will be highly appreciated.

Sherry Manyando, a Grade 8 learner at Kongola Combined School and her two siblings could not attend school as their school uniforms and books were soaked by rain after the roof of the house was blown off.

The rainstorm also uprooted trees that fell on top of the courtyards and houses.

The Headman of the Village, George Manyando Maano, told nbc News that the storm did not only cause damage to houses and properties but soaked the food items of many, leaving them with nothing.

Maano has appealed for assistance in the form of tents or other humanitarian assistance while the residents are still trying to reconstruct their houses and get back on their feet.