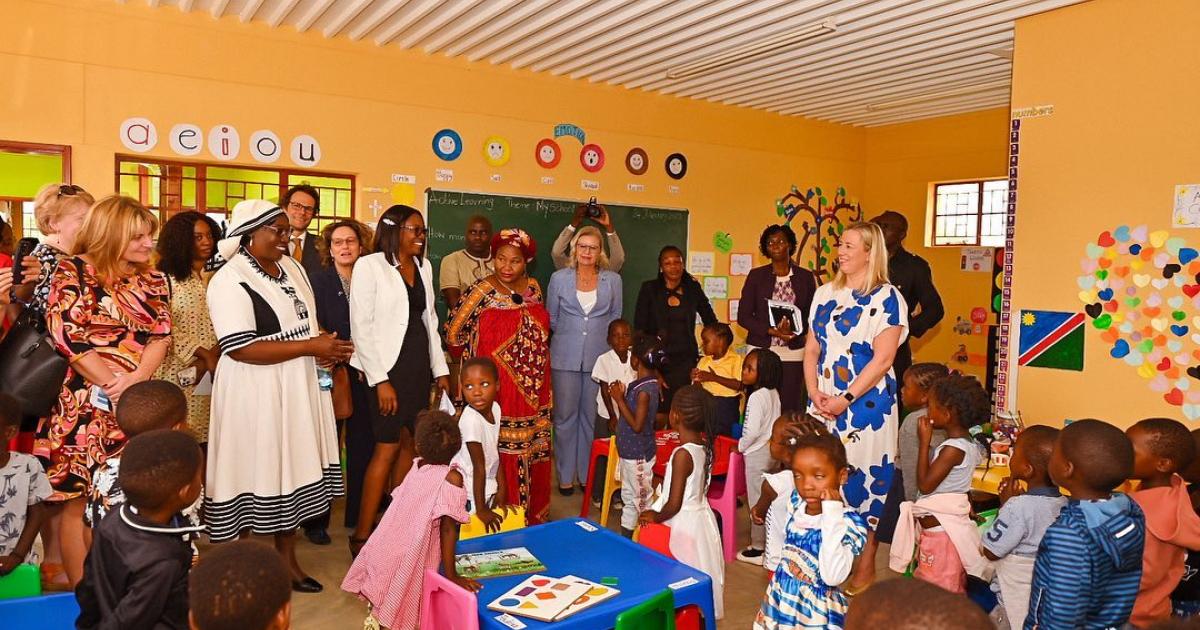 Commissioner Jutta Urpilainen, in charge of International Partnerships at the European Union, paid a familiarisation visit to the mix informal settlements, 20 km north of Windhoek.

The EU, through its Budget Support Programme, funded an Early Childhood Development Centre at mix which opened in April last year.

With close to 11 000 inhabitants and more than 4 000 households, people living at mix informal settlements are no strangers to high rates of unemployment or poor service delivery.

What is perhaps the biggest challenge for most parents here is the shortage of schools.

Due to the absence of a taxi rank at Mix, school-going children would often have to pay over N$40 for a one-way ride to town. It's considered a luxury that most residents here do not have.

The Khomas Regional  Governor, Laura McLeod Katjirua said these people that are living there depend on informal SMEs, they have to sell something to make a living.

It was made possible with funds from the European Union Budget Support Programme on early childhood and pre-primary education.

Commissioner Jutta Urpilainen from the EU then paid a visit to the ECD centre. After supporting Namibia's ECD education for 15 years, the EU wanted to see tangible results as to how their taxpayers' money was being used.

Commissioner Jutta Urpilainen said he was happy to learn that the ministry is providing a 7-week course, which he said it's too short and more has to be done. He further added that "if you want to be a well-qualified teacher, you need to train them more."

The Harmony ECD centre has three classrooms and two toilet blocks, which are not yet in working order.

Despite that, the Head of the ECD centre, Olivia-Sunday Shimakeleni says the centre is a dream come true for many community members, adding that having a concrete structure with adequate space makes a huge difference.

Shimakeleni said the winters are no longer cold for the little ones and the summers are not so hot anymore as well. The children are safe. She further added "At the moment the sanitation facilities are not working and the little ones have to relieve themselves in the bushes. The centre does not currently provide any meals and we have some parents that cannot provide their little ones with food. We have a special reserve for the few who don't have a lunch box when they come to school. Two slices of bread and one glass of oros.

The Ministry of Education,  Arts and Culture's Deputy Minister, Faustina Caley said "We cannot succeed if we don't lay the foundation first. Therefore, appreciate what gender is doing despite the circumstances they are going through, there is a connection, if you make a good strong foundation, then you will harvest good citizens."